A trip to Costco and eating at home vs. dining out

There’s a “historically high gap” between the cost of cooking at home vs. dining out. We did an experiment to see how large that gap is.

Lately, Justin’s been working on his salmon Shmeal.

It’s 4 oz of fresh, juicy salmon, some grilled brussels sprouts, and a whole baked potato topped with a dollop of sour cream on top. He’s got it down to a science.

We shared a Reuters article recently about the historically high gap between the cost of dining out vs. eating in.

So we thought we would do a breakdown of Justin’s cost to make his meal, vs. the cost of getting a similar meal at a restaurant nearby. Hurray math!

The cost to cook Justin’s Shmeal

Justin gets his salmon, brussels and potatoes from the Costco at Damen and Clybourn. 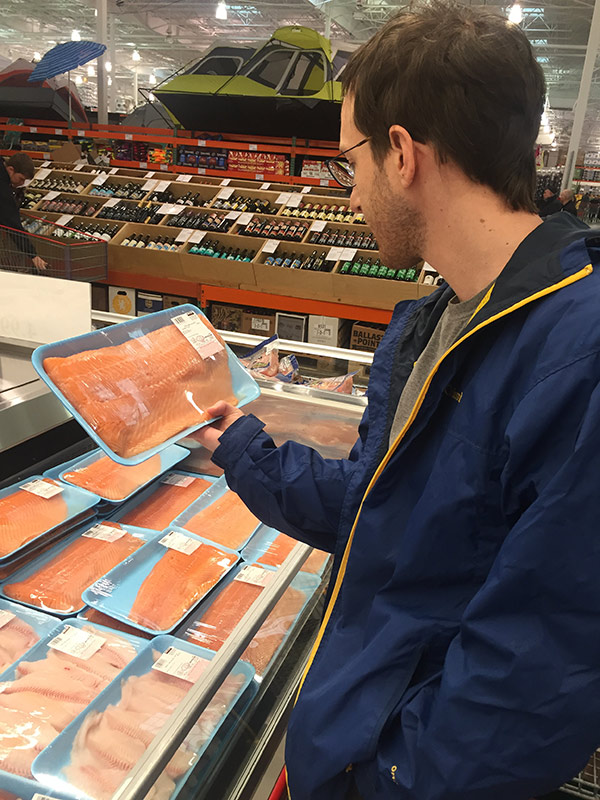 We’ll add another $0.10 to account for seasonings and the dollop of sour cream.

So that comes out to…

$3.00 even for Justin’s salmon Shmeal

(Author’s note: We consider this to be a high-end Shmeal. Most of the homemade meals we make cost under $2 per serving.)

Next let’s take a look at prices for comparable meals in Chicago. To research comparable restaurant entrées, I used Yelp.

To keep it random, I looked up the nearest salmon entree I could find in each of Yelp’s price categories. (Yelp has a price indicator that rates restaurants on a scale of one to four “money signs.” One “$” is cheap and four “$$$$” is expensive.)

For the location, I used our office in Humboldt Park. 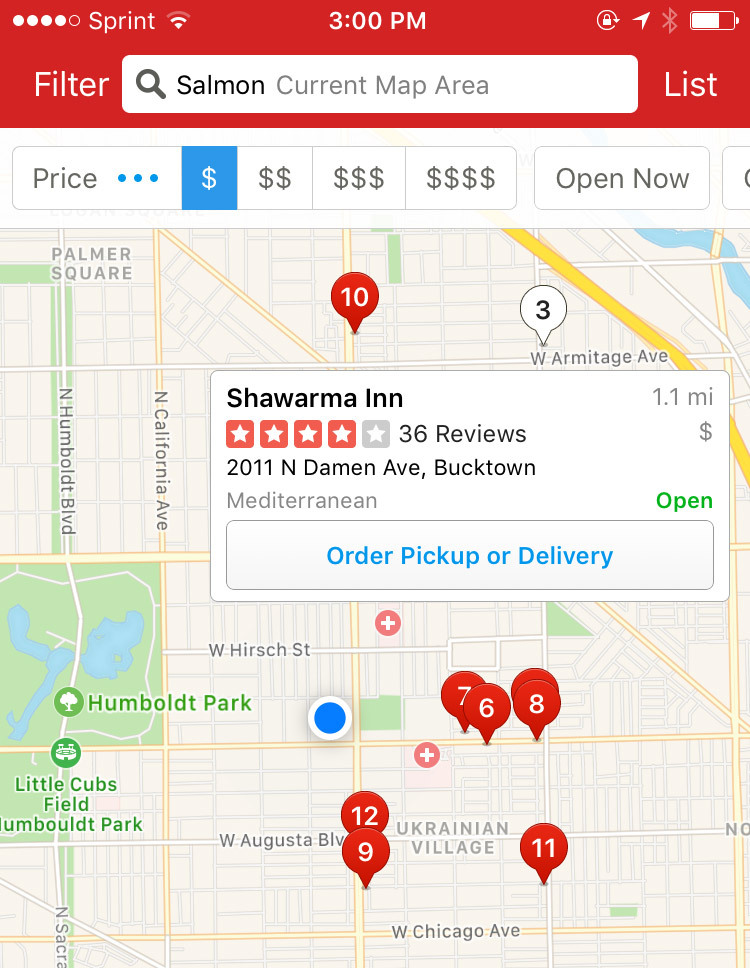 Here are the entrées I found for each price category:

Shawarma Inn ($) offers a salmon entrée with soup, salad and rice for $14.

And finally Prime and Provisions ($$$$) lists their salmon entrée at $34.

So there you have it. Even the cheapest option is about 5 times more expensive than the price for Justin to cook his homemade salmon meal.

If you want to learn more about why this huge gap exists, I’d encourage you to check out the Reuters article that inspired this post: Americans eat out less as higher menu prices take a bite from restaurant visits.

Feel free to check my math, and let us know what you think in the comments.

Want to cook for your neighbors and friends in Chicago? Sign up to cook with Shmeal.

Made with in Chicago